The Universe Will Move to Meet You 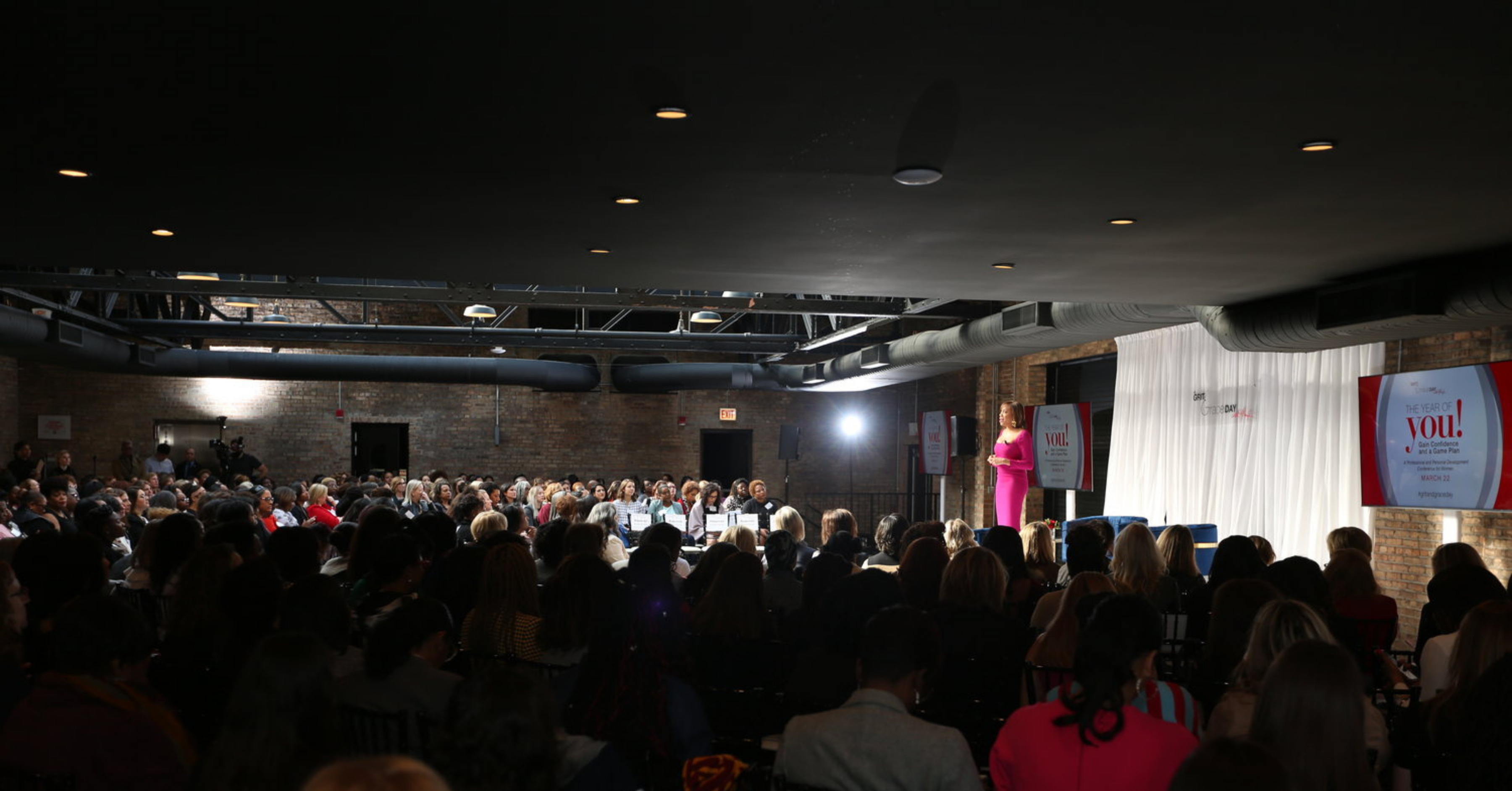 Take the first step and the universe will move to meet you.

Most of us have fallen victim to that little voice in our heads that says, “I could never do that. It’s too unrealistic.” Or how about this self-sabotage classic?: “If it was viable, someone would’ve done it already.” Or this one?: “A lot of people already do something similar…” Or my (least) favorite: “I’m too old to change careers/start something new now.”

There are 1,001 steps in between where you are and where you want to be. It’s not your job to figure them all out now. It’s only your job to declare your intention. When you do, the universe will move to meet you.

That sounds too easy, right? It’s not easy, but it is the first and most important step to any change you’d like to make.

When I was CEO of the Chicago Urban League, I would meet on a regular basis with a prominent Chicago newspaper to discuss their coverage of African Americans. I explained to them that they rarely published positive news or highlighted the successes of our community. After my third or fourth meeting with them, when it was clear nothing in their coverage had changed nor would it, I took matters into my own hands.

I had an idea for a television show that followed black entrepreneurs who were part of the Urban League’s NextOne program, which provides tools and resources to burgeoning black business owners. But if I wanted to turn my idea into a reality, I knew I’d have to first declare my intention to do so, not only to myself but out loud, to others, so that the universe would hear me.

At the Urban League’s annual gala, at which over 1,200 people were in attendance, I made a bold announcement: Not only would we create this show, we’d do it within six months time. At the time, I didn’t have a structure, any content, or even a funding source to create this program, but I knew that if I had faith, declared my intention, and took the first step, the universe (and in my personal belief, God) would provide me with what I needed. And sure enough, opportunities, people, and resources began to align.

Now, I don’t want to make it sound easy — it wasn’t and nothing worth doing ever is — but in six months I had a plan in place. I secured the funding and a production team to produce a trailer for NextOne TV. In its first year, NextOne TV was nominated for three Emmy Awards and won two. The key to NextOne TV’s success? I didn’t wait until I had all the pieces in place. I had faith and trusted the universe would meet me if I took the first step, and the next step, and the step after that.

Finally, once you’ve declared your intention and commitment, take action. If you want to change careers, ask if you can shadow someone you know in that industry for a day or talk to a career coach. If you want to become YouTube guru, film your first video. If you want to learn a new life skill, clear the time on your calendar and sign up for a class.

Once you’re in action mode, you’ll also start noticing little coincidences. You’ll start seeing connections you hadn’t before. Doors will suddenly open up for you. Colleagues and acquaintances will start making suggestions that help you on your journey, eerily, even before you tell them you’ve changed paths. This is because once the universe has heard your intention and your commitment, it begins providing you with the encouragement and resources you need to manifest your dreams.

The truth is this: the signs were already there. Those connections were always available to you. And your friends always thought you were exceptionally talented at your passion. But because you kept telling yourself, “No, that’s not meant for me,” you weren’t in the spiritual space to take advantage of what the universe was already offering.

Stop waiting. Start declaring. Take action. And the universe will move to meet you.

If you’re ready to take charge of your career, there’s no better time than right now. Join my g2Coach community today and gain clarity, confidence, and a game plan to transform your growth with coaches, resources, empowering content, and an amazing tribe of ambitious women eager to support one another. Get your first month’s membership for just $1!